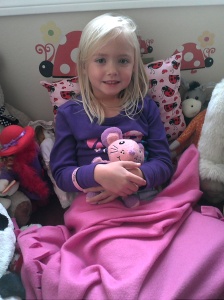 Happy Thanksgiving week! A lot of us are on holiday break right now, or will be (and I’m one), so I’m writing just the one post this week—and then I’m off to cook like mad, eat like mad, and hang with those I love.

I’ve been thinking a lot about my mother lately, who died too young—and not just because of Thanksgiving, although that is part of it . . . but I think it’s also my crazy life: sick husband, FT job, house, writing, what’s going on with my book right now. . . .

No booze in Norden.

Her name was Donna, and she had an isolated start as an only child living in the Sierras, in a place called Norden (close to where the Donner party perished), in a small railroad cabin. In the winters she couldn’t even see out the windows for all the snow—and there were no other children around; no playmates. It was a lonely existence.

Donna’s father worked for the railroad, which was the first reason they’d moved to remote Norden, to tend trains crossing the mountains. Donna’s neurotic, alcohol-loving mother was the second reason. There was no booze in Norden, so her sobriety was guaranteed—there was nothing but a railroad platform, work station, and the railroad cabin.

Donna’s father was a loving man, but her suddenly sober, 40-year-old mother was not. She was sullen, thirsty, and ignored the little girl. But Donna’s father had to work long, hard hours, so Donna, for all intents and purposes, alone, learned to nurture herself. She made an extended family: her dog Laddie, the chickens, and her doll. She was a self-reliant dreamer who imagined herself one day living in a city surrounded by lots of friends. She dreamed she’d be loved. Immensely loved. And she’d have children. Happy children. In the meantime, she loved on Laddie and her doll—and the few books the family brought with them to Norden.

And, as it would turn out, books were to be Donna’s ticket out of Norden. Her father realized that Donna’s mother couldn’t home school Donna, so the family eventually moved to Sacramento. Finally, the city!

But there was booze in Sacramento. . . .

And Donna’s mother found it. Drunk, she often beat Donna and locked her in a dark closet for hours on end. Blaming herself for the abuse, a shamed Donna didn’t tell her father. She covered her bruises and took refuge in books instead. But when Donna was twelve, a neighbor told Donna’s father what she’d seen and heard while he was at work. Donna’s mother was committed, which often happened to alcoholics in those days.

Her father eventually remarried, to a woman with children, and Donna became part of a real family. It was a bit of a John Irving-type family, but after what Donna had been through, she thought she’d died and gone to heaven. She started making friends, and doing well in school. Very well in school. Donna was a sharp cookie who could not only read and write circles around everyone else, but she was also an accomplished musician.

Donna fell in love and married—and I was her first-born. A lot happened to Donna after she married—life changed many times over, which is the nature of life, change—but I remember the laughter, music, and the books, those things my mother loved most, after her three kids

The books and music nurtured my mother’s spirit, as did quiet time. I think she must’ve been leery of her childhood wounds, afraid she’d reopen them, of becoming anything like her mother. Though she didn’t dwell on her childhood trauma, she was vigilant against its aftermath of depression and migraines, and she avoided conflict, and even, sometimes, too much intimacy. She was careful how much she let others see.

She wanted happiness and she kept her eye on that ball, having learned young that if she didn’t nurture herself, she’d lose her semblance of balance.

So books were everywhere in my mother’s house—but not strewn. Nothing but nothing in her house was strewn. But books were part of our backdrop, like the lamps. And we all read. We read like mad. And my mother’s taste and mine meshed. We talked of the Brontes and Alcott, Dickens and Mitchell, and many other authors and stories, as well as the stories playing out on the block we lived on. She told me the story of her isolated early life (though she didn’t tell me of the abuse until I was an adult). She talked, I listened. And I began writing, and she began typing up my little stories and poems and sending them to magazines.

But then something happened: full-blown adolescence. My writing became private, sacrosanct. I didn’t appreciate my mother’s overtures–the magic was gone. She could no longer do anything right. All her decisions had ruined my life.

I think this often happens with mothers and daughters, that mothers don’t get the credit they deserve, because we daughters are somewhat wired to, at some point, pull away in order to become our own women.

Well, my wiring was pretty good.

My adolescence (and young adulthood) was one giant pull-away. For many reasons. But then I came back. And after a pretty big, disapproving, “Well, you took your time,” my mother never said another word about my crappy behavior or about not living up to my potential. Not once—and I eventually got life and discipline on track, and the best years with my mother began: we were grownups together, talking stories–the magic was back.

When my mother passed, my niece read a journal entry of mine at Mother’s memorial service. I’d written of my mother’s connection with each of her children. With my sister, it was cooking, and with my brother, music. I did write of the pride Mother took in my writing, but what I felt when I wrote that entry was nothing like what I feel today, because this story/reading-writing connection I had with my mother was so natural, so intrinsic, like having two arms, that not having her in my life anymore couldn’t be wholly absorbed. It was like I was missing parts of me, my other pair of arms, and it didn’t feel real.

Until, actually, right now, when our shared love of stories has morphed again, this time into my novel, The Angry Woman Suite—

I actually imagine my mother and me sitting at the kitchen table, where we always sat and talked, and she wants to know everything, every last detail about The Angry Woman Suite, and the whole publishing process, and then who said what, where, when, how, and why.

And I’m thanking her. I’m thanking her profusely. Not only for giving me books, for instilling the love of words and sharing the magic of storytelling, but for showing me how to self-nurture. For teaching me that nurturing is not only okay, but required when shit hits the fan or responsibilities mount and time’s not getting any longer.

And her dream did become reality: she was immensely loved, and she knew it.

I’m thankful for that, too.

Gratitude does feel good. Happy Thanksgiving one and all. I hope your day is wonderful (and the oh-dawn-hundred wake-up call on Black Friday doesn’t kill you). *smile* I’ll be back next Monday . . . or maybe Tuesday.

2 comments on “A Magic Place”