Happy Halloween! And thanks so much to all of you who sent encouraging emails and/or left comments at my Oct. 27th post.

For those checking in with me for the first time, my back story is that I’ve written a historical-commercial novel called The Angry Woman Suite (about a double murder in the early 1900’s, in Pennsylvania, and subsequent fallout on two generations). The novel, both mystery and love story, garnered very good reviews, and a literary agent.

But back stories, like life, never have straight trajectories, and this one is no exception. In my case, my agent left the publishing business (I’d nothing to do with it, I swear! I’m not that powerful!) . . .

And so my new paradigm became a sudden and succinct bottom line of no agent = no contract. The Angry Woman Suite went from promising, front and center, to Nowhere Land, out in the cold—and took me with it.

What to do next? Well, after some impressive dithering and waffling on my part, I met two men whom I’ve introduced via previous posts: potty-mouthed Josh, who looks a little like Ashton Kutcher on a bad day, with glasses (which is still an excellent look). Josh is a successful non-fiction writer who told me to get off the dime (and with the program, with digital publishing and a blog).

The other man is Tim, who’s a much shorter, much younger version of Obama (though I’d bet Baby Rae’s next chicken treat Tim’s never seen the inside of a business suit). Tim’s a rumpled genius. A kind, rumpled genius who put my blog together (and never once laughed or snickered, at least so I could hear, at my lack of computer skills).

And now here I am—and if someone had told me a year ago I’d be a blogger, I’d have sniggered and said odds are I’ll strip to my skivvies and run half-naked through Balboa Park first—and we all know that’s never going to happen.

My last post ended with Parts 1 and 2 of scary things to try before I die, so coming up next, naturally, would be Part 3 of what I now call The Angry Woman Suite Project—as in Manhattan minus the bomb stuff.

I pretty much thought I’d get at least ten blog posts out of the arts of dithering, waffling, whining and attendant nuances before moving forward with Part 3, which was to name who will format my baby (The Angry Woman Suite) and put it out there—but here’s what’s happened: another never.

(Hint: I knew him a long time ago, in school, and could never have predicted what he’s become since, or how it could affect the “project.”)

The other is Steve Jackson (aka Mr. Wonderful, and he is). Steve is the voice for Telemachus Press. I’ll be writing more about Steve and Telemachus as we go along, but for now my headline in the sky reads:

The Angry Woman Suite is coming in from the cold.

So, Part 3 of the “project” has been implemented—already! I have a publisher, and I’m very excited at the prospect of working with Telemachus.

Know what’s odd? My entire writing life has been mostly shadowed (in a good way) by women; i.e., my mother, teachers, my critique group, my agent, my editor. But have you noticed that all the new people in my “project” story are men? Four—count ’em—four. And I’m just getting started.

Thought for the day, courtesy of Kristin Lamb:

“Learn to have a healthy relationship with failure . . . if we aren’t failing, we’re not doing anything interesting.”

Next post will be more on digital publishing and coming in from the cold; mystery men, and Telemachus Press.

I post on Mondays and Thursdays, and sometimes more, but sometimes less. “See” you next time, and be good to yourselves. 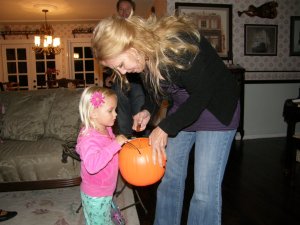